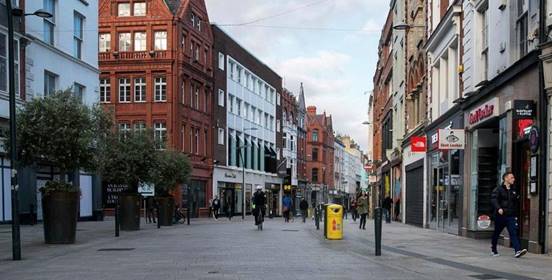 Retail Excellence, the largest representative body for the retail industry in Ireland has expressed “shock and dismay” at the decision of the Government to extend the new Covid 19 restrictions to include non-essential retail outlets.

Retail Excellence represents retailers of all size across the country who collectively employ approximately 280,000 people.  The decision to include non-essential retail in the lockdown was made and announced by the Government this afternoon.

Duncan Graham, Chief Executive of Retail Excellence, described the move as “a hammer blow to the retail sector.”

Mr. Graham said that retailers had followed Government guidelines since reopening just a few weeks ago and had carefully managed customer volumes and health and safety protocols; “we did everything we were asked to do over the Christmas period.  We restricted customer numbers in the run up to Christmas, we managed the post-Christmas period with great care and sensitivity as we were asked to and we paid huge attention to ensuring safety protocols were respected.  Even earlier this week the Taoiseach himself acknowledged that there is no evidence of retail contributing to the spread of the virus yet we are now forced to lockdown.”

Mr. Graham said that the news would devastate local businesses across the country; “my heart goes out to our members who have worked so hard to prove they could be trusted to manage this difficult situation and who are now being treated like this.  After the year we have had, I fear that many shops that close now may never open again.  Our members will need urgent, significant financial support to have any chance of reopening and we will be seeking urgent meetings with the Government around how to manage rents, taxes and payroll given the extended lockdowns we have had to endure over the past 9 months.”

Issued on behalf of Retail Excellence by Gordon MRM