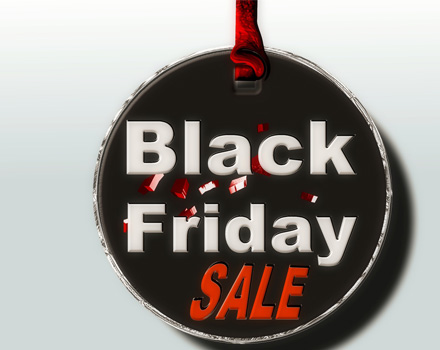 The retail reports for Q4 this year have been pretty bleak, with many retailers trading down against last year and several reporting low footfall in-store in the weeks leading up to Black Friday, and again in the weeks immediately after that sales weekend. Black Friday seems to get far more than its fair share of bad press, among consumers and retailers alike. But against this backdrop of reports of poor trading, negative impact of discount selling ahead of Christmas, and consumers’ disillusionment with the Black Friday promotions on offer – it seems undeniable that Black Friday has had a positive and telling impact on eCommerce in Ireland… as much as we seem reluctant to admit it!
Retail Excellence surveyed 15 retailers, large and small, over the phone to gauge the mood.
To add to this, at StudioForty9 we have reviewed the KPIs of another 15 random retailers large and small to put numbers to the story.
Let’s face it: Black Friday went seriously well!
From a review of the KPI’s and in the answers to the Retail Excellence survey, it’s clear that Black Friday was extremely successful again this year. Mature eCommerce sites saw serious uplift versus last year; which was already seriously improved on the year before. Sites turning over in the €100’s of thousands over the weekend would have seen up to a 50% lift on last year’s revenue. Smaller sites turning over in the €10’s of thousands saw a double up in most cases, with many such site getting deep into €100k territory for the weekend as a whole. Sites which were reasonably new to eCommerce, and Black Friday trading in particular, saw phenomenal results this year. In many cases, stock was really the main limiting factor for a lot of businesses!
Of all the retailers surveyed only one commented that they felt it “could have been better” this year – everyone else was very positive about sales over the weekend.
What kind of offers were made?
For the most part, retailers were quite careful about their offers this year, choosing to make good offers on particular products and product lines, instead of category or site wide percentage discounts. Retailers kept an eye on what the competition were doing and tried match or improve on those offers. The general discount on offer was 10 to 20% off certain products, with some retailers offering free shipping to sweeten the deal on days like Cyber Monday.
A number of the retailers surveyed did go higher than 20% and one or two went as far as 50% discounts, but only on a very restricted set of key products.

How early did retailers go?
This year many retailers went a little earlier than usual with a large proportion starting their sales on the Thursday before Black Friday.  Some retailers started far earlier in the week, in some cases starting the Friday of the week before Black Friday – which has given rise to comments about a race to the bottom in terms of starting the Black Friday sale. Be that as it may, the indication from those surveyed is that the earlier you start the better the results are. However, there was some indication of a tail-off in sales by the time Cyber Monday rolled around.
Indeed few retailers had anything particularly positive to say about Cyber Monday sales, with one large retailer pointing out that it was a “disaster” this year.

How did retailers market Black Friday?
This year we saw quite a concerted effort to market ahead of and during Black Friday, across all media including digital and social media, TV, radio and newspapers.
The general feeling is that marketing was money well spent with certain retailers pointing specifically at a ten-fold return on ad spend in paid search – which generally would return nothing like that sort of ratio.

The Golden Question: Are sales cannibalised before and after Black Friday?
I’ve been looking at this question for years and I’ve never seen any evidence online to support the contention that Black Friday cannibalises sales. I can’t speak for sales instore – but sales online were up significantly YOY for the two weeks prior to Black Friday, during Black Friday weekend, and for the two weeks after.
I surveyed 15 retail sites at random and present average change figures below.

Please note, these results include some new sites that are approximately two to three years old and which saw really large YOY improvements, especially in the weeks prior to Black Friday weekend – which seemed to be really strong across the board. Out of all the sites surveyed, only one had a negative change in revenue in the weeks preceding Black Friday, only one saw a slight decrease on Black Friday weekend sales, and only one saw revenue decrease in the weeks after Black Friday – these were three different sites.
On balance and on average, over the past 30 days to date, including Black Friday weekend all sites saw really significant increases in all benchmark KPIs when compared with 2015. Trading isn’t finished ahead of Christmas in-store, but it’s as close as makes no difference online, and as far as our survey shows, albeit it for a pretty small sample set and using fairly unscientific methods, sales online are not cannibalised by Black Friday and in fact sales before, during and after Black Friday this year saw a positive and significant improvement.

One final thing to note: there’s a market to be won online!
Although the Retail Excellence Christmas Trading Statement made for sobering reading, it was suggestive of a growth in the Irish consumers’ engagement with eCommerce – citing a measured increase in Black Friday sales and a 30% to 80% increase in parcels coming into the country from the UK.
Naturally, the currency situation has a lot to answer for here, but it’s clear that there is a large market to fight for online. I should also point out a pretty interesting phenomenon in sites that have huge sales pushes leading to “step change” increases in sales / traffic for short periods of time – it raises their game as a whole – and this sort of effect can happen:

The sessions chart for the site above shows the impact on traffic after big sales events.
Basically each “big push” put the site on a new level of traffic. The more sales, the more customers, the more traffic, the more sales. This is a phenomenon I’ve often seen over the years – and it shows that if you’re in it to win it the returns are there online.  Naturally, there’s a lot of work behind that graph: work on site performance and design, SEO, PPC, improved logistics, customer service, new features etc… but hopefully we’ll all be looking at a graphs like this in the next year or two!
Happy Christmas!